There are few shows as iconic as Friends. The legendary sitcom had its six stars in the main cast, but there were plenty of guest stars that gave the show even more depth.

Some of them didn’t appear too many times, but still managed to give the audience a piece of television history to remember. One such was Ben Geller, the son of Ross, played by actor Cole Sprouse.

Cole Sprouse appeared in a grand total of seven episodes of Friends, but still became a character many associate with the later seasons of the popular sitcom. It turns out there are many things that happened on set that Cole himself remembers to this day.

So what happened to Cole Sprouse after Friends? And what does he look like? Here’s all you need to know about him – and the secret crush he had on Jennifer Aniston.

When looking back through pop culture history, there are defining moments that changed everything. The Beatles and Elvis changed music forever, for example, and when it comes to television entertainment, it’s easy to say Friends had the same effect.

With 10 years and a total of 236 episodes under its belt, the sitcom became one of the most-watched television shows in history. Offering extremely strong and likeable characters, a very funny script and great guest stars, it’s easy to argue that Friends is one of the best shows to ever grace television sets.

Not only did Friends become popular all over the world, but the main cast of David Schwimmer (Ross), Matthew Perry (Chandler), Courtney Cox (Monica), Jennifer Aniston (Rachel), Lisa Kudrow (Phoebe) and Matt LeBlanc (Joey) also grew into very important pop culture figures. How many women didn’t want the classic Jennifer Aniston haircut? How many incorporated Chandler’s catchphrases into their daily life, or parroted Joey’s famous “How you doin’”?

Through 10 years of Friends, viewers got to see so many amazing moments. The characters grew up, got married (and divorced), had babies and went through endless and wonderful stories of friendship and love.

To be honest, the best part was that it felt just like your own friends in real life.

Still to this day, Friends is widely popular. Now, the next generation have been able to discover the series through various streaming platforms, and from looking at the numbers, it’s pretty clear it remains a big hit.

The making of ‘Friends’

Netflix bought the streaming rights to Friends in 2015 for some $100 million. According to Nielsen Ratings, it is the platform’s second-most streamed show, as reported by Forbes.

Stage 24 at the Warner Brothers Studios in Burbank, California became a legendary set. It’s actually renamed, “The Friends Stage”. Visitors can still to this day visit the set of the Central Perk café, as well as see many of those memorabilia items from the show, such as Phoebe’s legendary guitar.

So how did Friends even become a reality?

Kevin Bright, Marta Kauffman and David Crane are the creators of Friends. At the time of its consummation, the three of them were at low-points in their careers, not knowing what the next step would be.

They had just had an unsuccessful run with a sitcom called Family Album. Then, they had an idea. As they became nostalgic, thinking about finishing college and moving to New York City, things started to move. 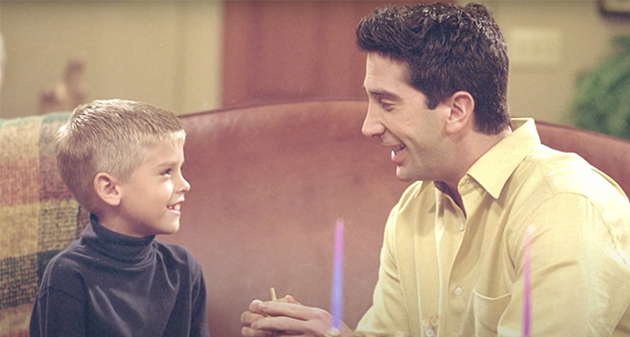